In my State Your Case article on the 9mm vs. .40 S&W the .40 got a raw deal in that discussion, but I did my best to defend it and make it as equal a comparison as possible. Today we’re looking at two other titans of the automatic pistol world: the 10mm Auto and .45 ACP. These two rounds occupy the upper portion of the auto pistol market and often vie for popularity in the field, but rarely on the competition line.

The .45 ACP has been around for well over a century. Very few cartridges make it that long and this old soldier has seen it all. In fact, it is still in active military service today in platforms little different from those of the First World War. The .45 ACP is a round that is deeply engrained in American culture and is often considered to be one of the greatest handgun rounds ever made. Greatness is a matter of perspective, as many consider the round to be underpowered and inadequate in terms of capacity and utility. Some today even say that it is completely inferior to the 10mm Auto, which is often compared to the .357 Magnum. These points against the .45 ACP are valid, but the 10mm Auto is far from perfect and has had a much, much spottier past than the .45 ACP.

The old standard for .45 ACP is a 230gr bullet at 850fps. 10mm fans love to use this as a point of comparison, as the pre-FBI 10mm loads were hot, launching 200gr bullets about 1,200fps, which was a significant gain over the old .45. What 10mm fans hate to talk about is the neutering and subsequent abandonment of their favorite cartridge and the improvements across the board in ammunition technology that have seen the .45 ACP make up lost ground against smaller, more popular rounds like 9mm. Unlike the .45 ACP, the 10mm gained a reputation as a wrist-wrencher, with the FBI, after testing and briefly adopting it, rejecting the wonder cartridge for the less powerful ‘10mm Lite’ variant, which was loaded at about 1,050fps. This round was later reduced in length and became the .40 S&W. For a great many years, the 10mm was loaded light, and it eventually lost relevance because the .40 S&W did everything it did, but could fit in a smaller gun.

The .40 S&W/FBI scandal nearly ended the 10mm’s run on the commercial market and it would have likely died right then and there if not for a TV show. The only well-known film character to carry a 10mm Auto was Sonny Crockett on Miami Vice. Just like today’s The Walking Dead-motivated Colt Python craze, Sonny’s Bren Ten caused a spike in the price of the iffy-quality pistol and did more to save the reputation of the 10mm than any gun marketing company ever could’ve managed.

Unlike the 10mm, the .45 ACP has never struggled in pop culture representation. The big .45 is usually the gun of the hero, and is more often than not a 1911. This combination of gun and ammo is usually in the hands of the aged veteran like Clint Eastwood in Gran Torino, where it shows grit and determination, but it also had a starring role in Keanu Reeve’s recent action extravaganza John Wick 2, where an entire scene was devoted to the .45 and the 1911. The .45 caliber pistol, be it an old Colt or a modern 1911, is an integral part of the American soul.

On the technical side of things, the 10mm Auto beats the .45 ACP in just about every way. In two nearly identical guns, such as the GLOCK 20 and GLOCK 21, the 10mm has greater capacity, higher velocity, flatter trajectory, and weighs basically the same loaded as the .45 version, if not less. These same things carry over to virtually every platform that is available in these chamberings.

In terms of ammunition, the 10mm easily runs circles around the .45 ACP. Not only is it more powerful, but it also has bullets with much higher sectional density that are able to penetrate better than most magnum revolver rounds less than .41 Magnum. This makes the 10mm a great choice for the woods and many large bears have been put down by it. 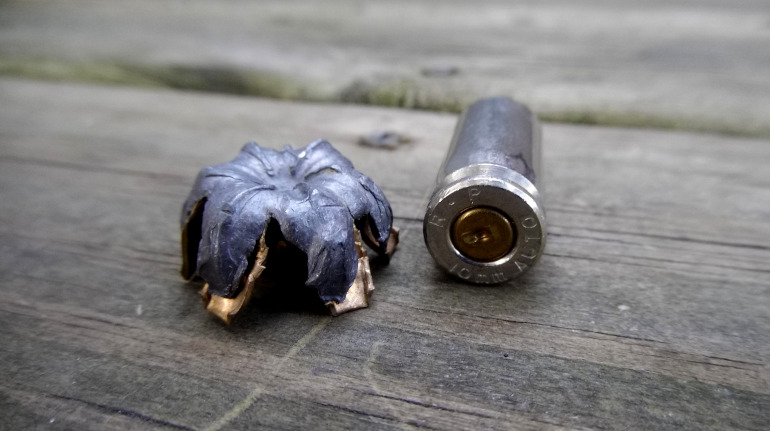 By comparison, the .45 ACP has a large bullet, but it is fairly stout and isn’t great at deep penetration on game animals. Pistol hunting has become very popular in the last few years and the 10mm has benefitted over the .45 ACP because of this. Pistol hunting happens at bow hunting distances in most cases, and the 10mm simply delivers better performance on animals given identical platforms and range.

Where the 10mm suffers compared to the .45 ACP is on the competition line. Many types of competition specify the .45 ACP, but don’t necessarily ban the 10mm. The reason the 10mm isn’t popular in matches is because it isn’t a very friendly round in volume. Granted, there will be the He-Man out there that laughs it off, but the 10mm in its full-power form produces far greater recoil than a .45 ACP does, which slows follow-up shots and can reduce scores over time. Reduced power loads can be used, but then again, that’s why the .40 S&W exists. If you shoot a lot, the .45 is a cheaper and more plentiful option that will do well across the board.

So what do I pick as the winner here? It may seem odd, but I have to go with .45 ACP. Yes, I can see the comments in my head right now. “B…but Josh, you’re a know-nothing hipster who doesn’t get guns and tactical response…and foot pounds… and… retained energy…” Well, the thing is, I do understand all of that, and I still picked the .45 ACP as the winner here and I’m happy to explain.

The .45 is commonly carried and is well understood by the general public, which regards it as a magical manstopper. The thing is, they aren’t wrong for thinking that way because it is, for the most part, true. If the 10mm was all that and a bag of chips, it would never have been cut down to .40 S&W in the first place. Superior ballistics pale in comparison to tradition, and there is hardly a bore more significant to the American tradition than .45.