Is A .22 Pistol Good For Shooting Practice? 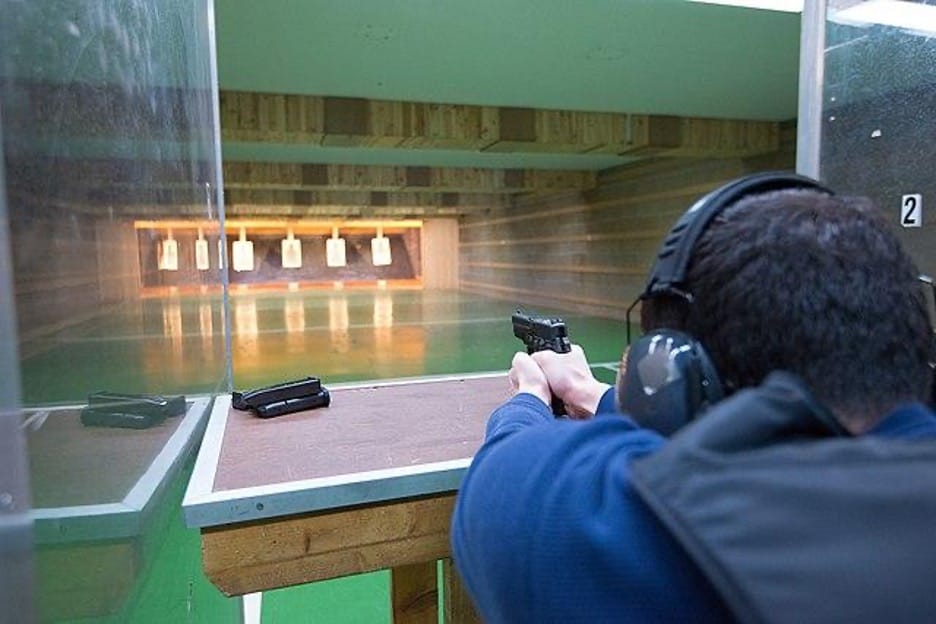 Would A .22 Caliber Pistol Be Good For Cheaper Practice?

Some people get the idea of shooting a .22 pistol for practice as a way to get more reps for drastically lower cost. Its also thought to be a better way to onboard new shooters, as the lighter recoil of .22 LR will make them a little less likely to flinch like they might with a 9mm or .45.

Is a .22 pistol good for practice?

It definitely can be! More repetitions are more repetitions, and it’s an excellent way to work on fundamentals like sight alignment and trigger control, up to a point. However, it can also work against you if a .22 trainer pistol isn’t used intelligently.

So, let’s talk about why it’s a good idea but where you also need to be careful about using one as a training supplement.

The FN502, Glock 44 And Training Pistols From Yesteryear 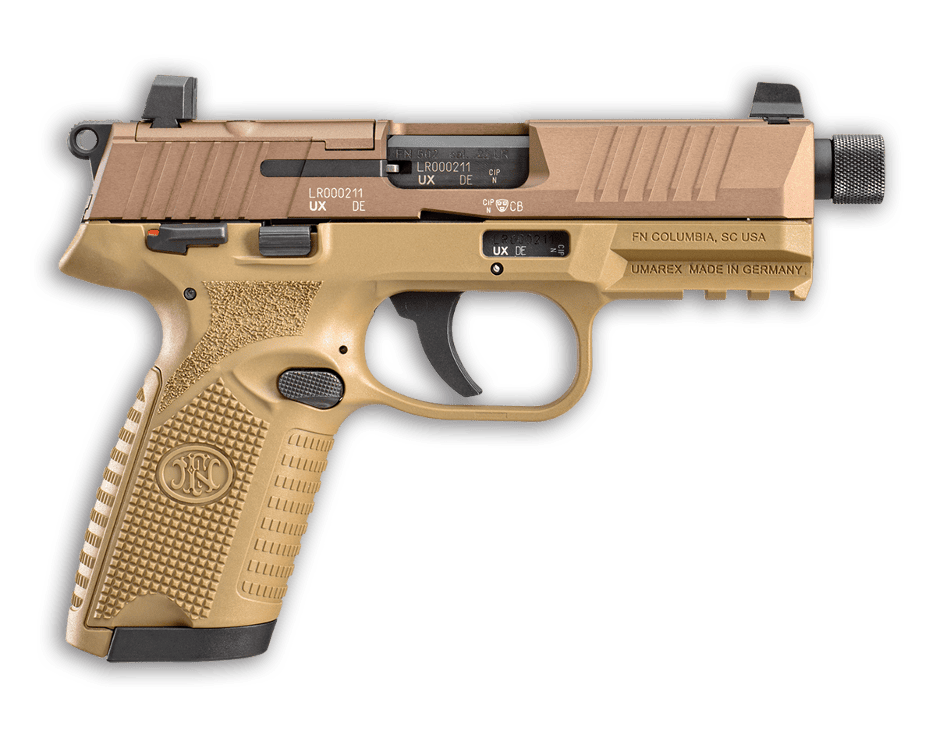 One of the reasons a lot of people get interested in this idea or topic is a growing number of guns from major manufacturers chambered in .22 LR that mirror their 9mm (or other caliber) pistols.

FNH recently released the FN 502 Tactical, a single-action pistol in .22 with a threaded barrel (somewhat similar to the FNX and FN 509 pistols) and optics-ready slides. For those that carry this firearm, Alien Gear Holsters just released a series of holsters for the FN 502 that will assist in practicing your draw from a concealed carry holster in your position of choice. Then you have the Glock 44, the Taurus TX 22, the Smith & Wesson M&P 22, Browning 1911-22s, Beretta makes several 92 models in .22 caliber and so on.

These guns are different than a more typical .22 caliber pistol like a Ruger Mark IV or Browning Buckmark, which are made from the ground up as their own thing. The guns we mentioned above are obviously made with design cues from a more typical 9mm (or other caliber) handgun.

That’s a good thing. Since a Beretta 92FS .22 will fit in a Beretta 92 holster and so on, so you can get in practice reps for cheaper and with less recoil.

That’s on purpose. It’s not new, and a .22 pistol that mimics a service pistol (or something like it) is exactly the idea and always has been.

…but there’s also some nuance that has to be understood. So let’s dig a little deeper.

What A .22 Pistol Is Great For 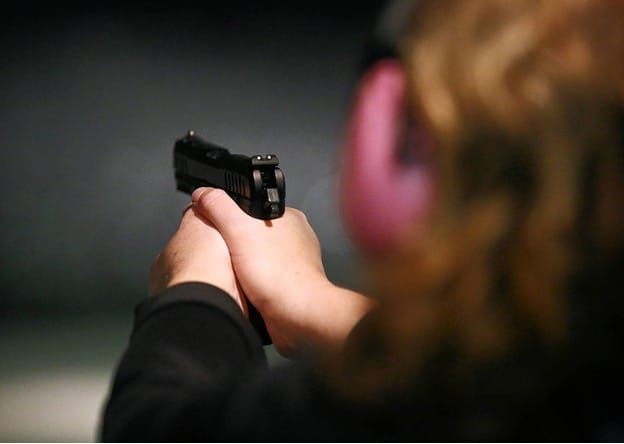 Here’s what a .22 pistol can do for you if you’re using it as a budget-friendly trainer.

Things which are equal are equal. Anything that is the same on a .22 pistol as it is on a gun of a larger caliber gives you the ability to get meaningful repetitions using the smaller caliber…meaning that you can get in that much more practice for a lot less money.

IF, that is, you’re practicing something that doesn’t depend on the recoil impulse or other aspects of a different gun, which we’ll get into shortly.

So making the first shot from your concealed carry holster is more or less the same. Since the first shot is basically irrespective of recoil, using a .22 trainer version of your carry gun would be great practice.

If your sights are the same and point of impact is the same…it’s good practice.

If the magazine is similar or even the same, reloads are reloads. .22 conversion magazines are often similar; the .22 LR magazines for AR-15s are very similar to, say, a PMAG and a CZ Kadet magazine is nearly identical to a standard CZ-75 magazine. Therefore, reload drills are meaningful repetitions.

In other words, a .22 pistol that more or less replicates a pistol of a larger caliber can be used to practice certain aspects of shooting when all things are equal. However, when things aren’t equal… 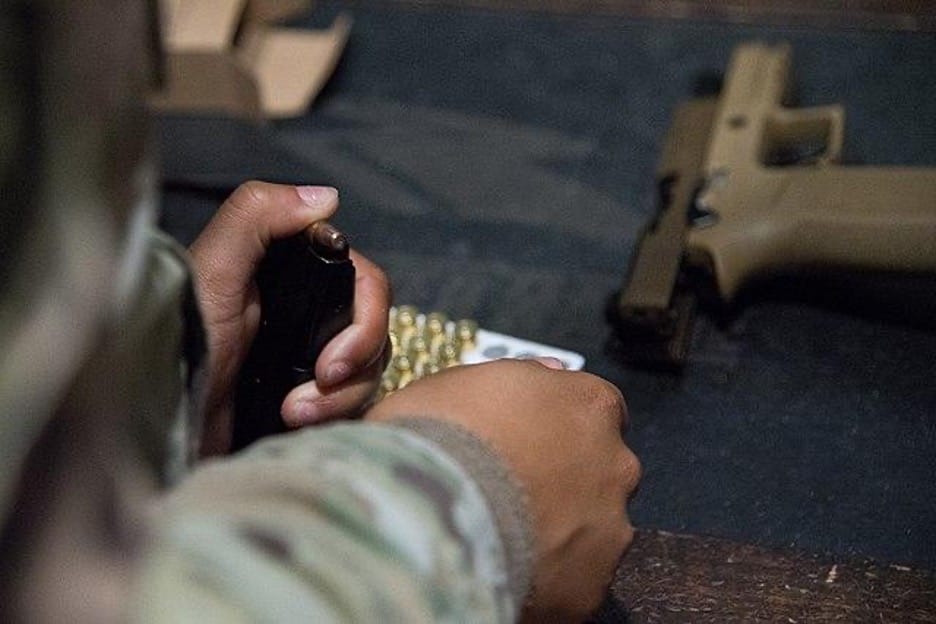 With that all said, there are some instances where using a .22 pistol instead of a 9mm or a .38 Special or whatever it might be for you, can do you more harm than good.

By way of metaphor, an Olympic champion weightlifter was once asked by a novice how to improve his shoulder press, to which he replied “son, if you want to improve your press…press.”

The idea is that if you want to get better at a thing…you have to do that thing.

You, as the shooter, have to understand things for what they are and act accordingly. Meaningful repetitions are repetitions doing things that are actually meaningful, and shooting a .22 plinker won’t make you any better at something that requires you to actually run your 9mm, .45 (or whatever caliber it is) CCW or service pistol.

You can’t learn to control recoil if there isn’t any. 9mm has some, .22 barely has any. How are you supposed to know how to grip the gun and how hard to grip the gun if you aren’t actually experiencing the recoil you’ll experience?

If you’re looking to shave your splits down to nothing, a .22 trainer is not going to help.

A .22 pistol may have a much different trigger press, depending on the .22 pistol you’re using relative to the larger-caliber pistol you carry. Your goal might be to develop trigger control, but what you don’t want to do is develop training scars from not practicing on the trigger you need to control when it matters.

In short, while a .22 pistol can be good way to practice your shooting, it might not be depending on circumstances. When you end up developing skill at something that isn’t what you actually want to get better at then it is totally counterproductive.

What About A .22 Pistol For New Shooters? 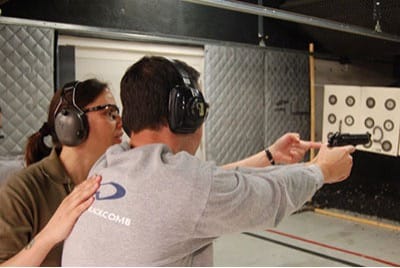 A .22 pistol is an excellent tool for the total novice shooter, since the fundamentals of grip, sight alignment and trigger control are all involved in shooting a .22 just as they are required for shooting a larger caliber.

If you’re a new shooter or looking for a gun to teach a new shooter, a .22 pistol is a great choice. There’s little recoil, ammo is cheap, and you can put in a lot of practice to develop the fundamentals of marksmanship.

However, once you start moving into more practical shooting…the benefits can dissipate.

So yes, shooting a .22 pistol as a training supplement can be beneficial, so long as it actually is beneficial. However, you as the shooter have to be able to know when it isn’t and act accordingly.