HomeNew GearCold Weather Concealed Carry: How to Carry in the Winter
New Gear

Cold Weather Concealed Carry: How to Carry in the Winter 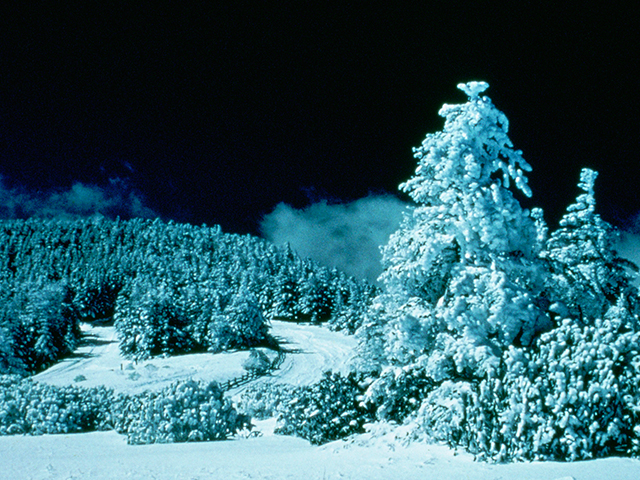 Concealed carry is concealed carry regardless of the season, but adding more layers can make getting the gun out more complicated.

Most of the time, clothing doesn’t make a lot of difference when it comes to concealed carry so long as you’re able to actually conceal the gun. That’s a matter of positioning and having a little bit of room to the garment to drape over the gun.

However, the additional layers and heavy jackets that people wear in fall and winter can make a big difference in terms of concealed carry. If you can’t get the gun out of your concealed carry holster, it defeats the purpose of carrying it.

So let’s talk about some tips, tricks and strategies to concealed carry in winter and still be able to effectively clear cover and get a gun into the fight if needs be.

Wear Your Jacket Open Or Be Able To Lift It 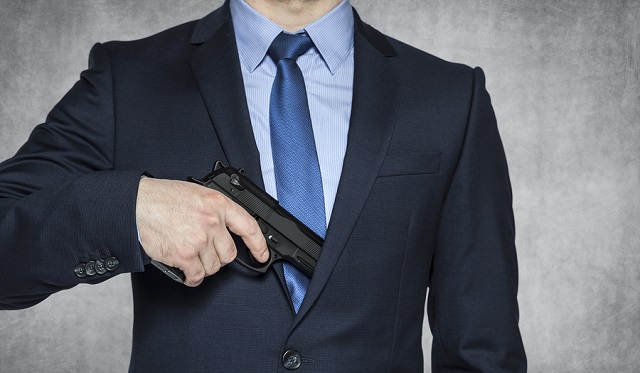 Concealed carry in winter is the same as in any other season, you’re just wearing more layers of clothing. Here’s what that means in practical terms:

Unless you’re going to carry a gun in a jacket pocket, your choices are to wear your jacket open or wear a jacket that you can lift to get to the gun.

The hitch, of course, is that wearing an unzipped jacket in the dead of winter is – in most parts of the country – a dead giveaway that you’re carrying a gun.

Since the idea is never to be obvious that you’re concealing – the word is “concealed” after all! – that means concealed carry in winter does depend somewhat on clothing selection.

So let’s talk about what to look for in a jacket for concealed carry.

Picking A Jacket For Concealed Carry 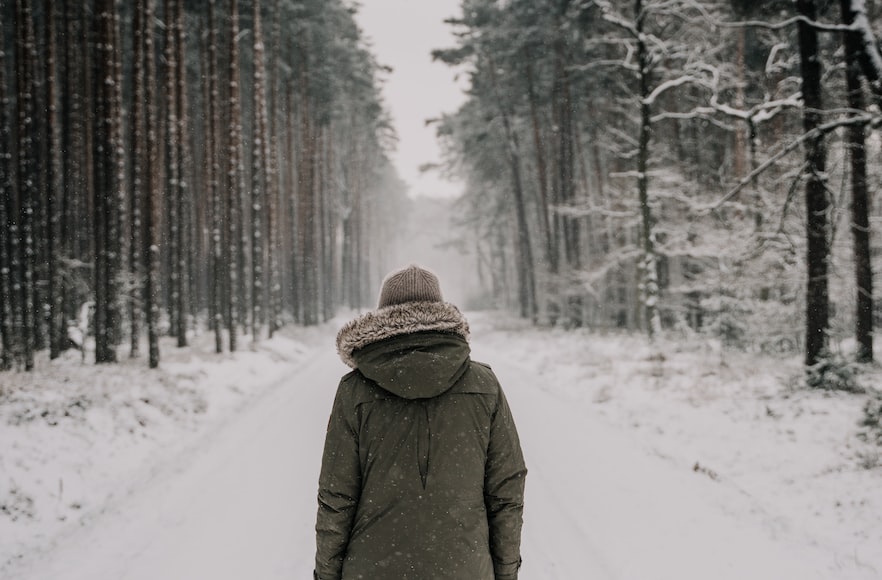 No, you don’t have to buy 5.11 or other brand “concealed carry jackets.” Plenty of standard jackets and coats are just fine. You only need to select a jacket that doesn’t hinder your ability to draw the gun.

Here’s what to look for.

The easiest jackets to deal with are waist-length, like your typical bomber or car coat. Since the hem of the jacket is about the same length as most shirts, that means you don’t have to adjust your draw technique too much, if at all.

You lift, grip the pistol and draw just like normal. It works for strongside IWB or OWB concealed carry, or if you’re carrying with an appendix holster.

There will be more material to deal with compared to just wearing a shirt, so you’ll want to put in some time practicing your draw with a winter coat.

Some dressier winter coats work better for cold weather concealed carry than you’d think. If you wear a wool overcoat or pea coat, leave the bottom button undone. That should let you sweep back the front of the coat on the draw and still have access.

A longer zippered parka or something like it is going to be impractical for fast access to the gun if you need it. So dress for concealed carry success.

Grip It And Rip It: Clearing Cover 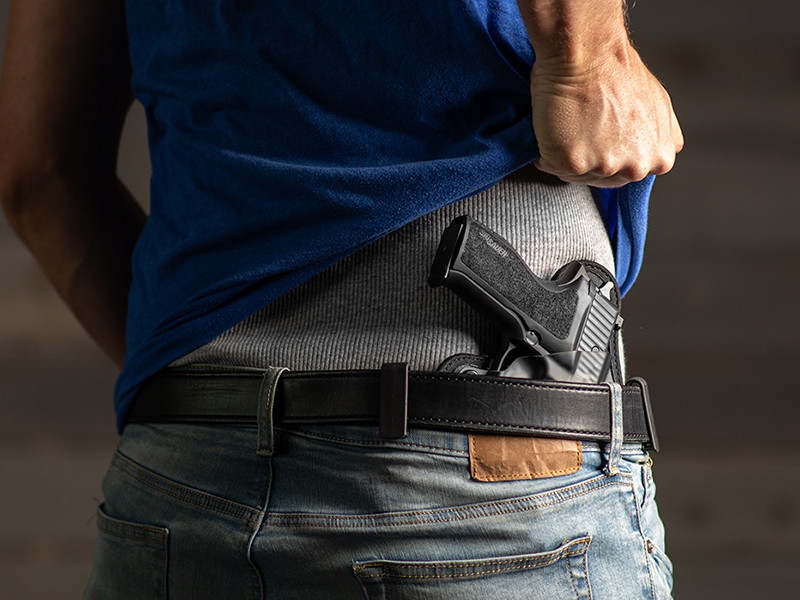 The trick for a reliable concealed carry draw with winter clothing is to “grip it and rip it” so to speak.

The issue is getting reliable purchase on the garment so you can get it clear of the pistol.

What some people try to do is just grab their shirt or whatever and lift it clear of the gun, then dropping the shooting hand down. The first issue is that you end up having to move your arm more than you have to in order to lift your cover garment off the gun. The second is that you might not be able to reliably grab multiple layers of clothing through a jacket.

What you want to do is lift the shirt from directly where the pistol sits on your waistband. You can hook it with your thumb or lift up with your fingers until you’ve uncovered the pistol, then get a firing grip. 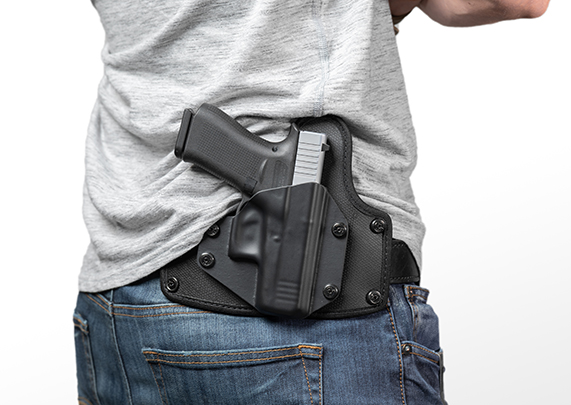 Some people are known to switch to OWB concealed carry in fall. It’s true that wearing an OWB holster is more comfortable than wearing an IWB holster (for the most part) but there are fewer advantages than one might think.

If you actually get a shot timer involved, a concealed OWB holster doesn’t always produce a speed advantage over an IWB holster.

Also, and this is something that everybody who conceals and carries has their own opinion about, how concealed do you want your concealed carry gun to be? Do you want near fool-proof, almost undetectable concealment?

Or are you relying on the inattentiveness of people around you?

An OWB holster is harder to carry covertly. They print more readily when bending over, and they print even more readily than an IWB holster. Granted, if you’re carrying a slim subcompact in an OWB that rides high and tight…you can get away with more…but less so with a compact like a Glock 19.

Is it a comfortable way to carry? You bet. Is it necessarily everything it’s cracked up to be? Not always. This isn’t to say don’t do it, this is to say think critically about the what’s and why’s of what you do. 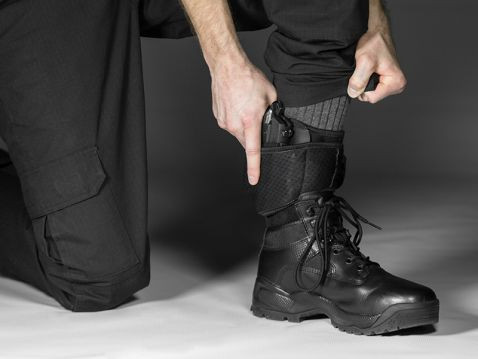 First is pocket carry. It takes a good amount of practice to get proficient drawing from a pocket holster under normal conditions; adding gloves to the equation can make it even more difficult. If you pocket carry and live in an area where wearing gloves is not really optional, you’ll want to save it for the warmer months.

You also don’t want to carry a gun in a jacket pocket. That’s how you wind up on YouTube.

Or in headlines, for that matter.

Ankle holsters have all the same problems in cold weather as they do in warm weather. They’re slower to access, and aren’t really a good method for carrying a primary defensive weapon.

Is winter the season for shoulder holsters?

It’s a better time to wear one in terms of easy concealment, but fast access is a little difficult if you have to pull down a zipper and then try to draw the pistol. So if you’re going to use a shoulder holster during the colder months, make sure you’re putting in the practice.

Glove Is All You Need 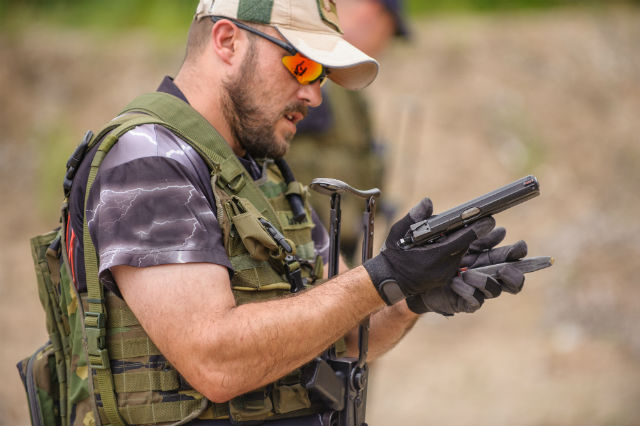 Wearing certain brands of gloves sure looks cool on the InstaGunGram or what have you (a brand that rhymes with “Schmechanics” comes to mind) but they aren’t great in winter and they’re not really that great as work gloves anyway.

So…if you’re going to wear gloves, you need to practice drawing and shooting with them.

When it comes to picking a pair of gloves that don’t make shooting impossible, you want a balance of thickness and warmth. Remember, they have to be glove-gloves before they’re shooting gloves.

Leather gloves are a better fit than you’d think, provided they aren’t heavily insulated and have some texture for grip. Wool or fabric gloves don’t have enough texture to get a good grip, so stay away from those. 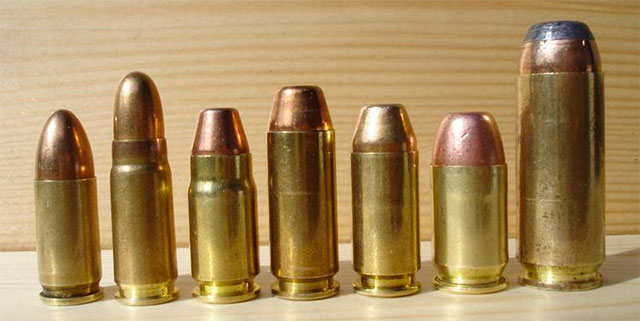 There are two good reasons not to change your carry gun.

First is you don’t need to.

The top brands and loads – Federal HST, Speer Gold Dot, Winchester Ranger, Remington Golden Saber  – have a documented track record in lab performance and in street performance in their 9mm loadings. That’s why the FBI switched to 9mm away from .40 S&W and agency after agency is doing likewise.

So no, you don’t have to carry a bigger gun or a more powerful caliber. If you have a quality hollow point, marksmanship and efficiency matter the most.

And that leads to the second reason:

Unless your bigger gun is a larger version of your smaller gun, you have to practice for multiple pistol systems and that’s just silly.

If your summer gun is a Glock 43, then sizing up to a Glock 19 or Glock 19 (or other striker-fired pistol) is not a big deal. If your winter gun is a 1911? That can be a problem if you aren’t training to deactivate that manual safety.

So yeah…variety is the spice of life and guns are cool…but what isn’t cool is setting yourself up for failure when the stakes are your life.